John Aglialoro first read Atlas Shrugged in the summer of 1972 when he was 28 years old. Its message changed his life, much like it has changed the lives of millions of people who have read the epic novel. Twenty years later, in November 1992, Aglialoro purchased the rights to make the book into a movie - and thus began the history of the Atlas Shrugged movie trilogy.

Ed Snider
The rights were purchased from Leonard Peikoff, Ayn Rand's legal heir and the first Executive Director of the Ayn Rand Institute, founded by Ed Snider in 1983. When Aglialoro joined the Institute's Advisory Board in 1989, he made known his belief that making a movie of Atlas Shrugged was critical to spreading Rand's ideas. "The number of individuals who will watch a movie is far more than will read an 1100 page book."

Peikoff also wanted to see the movie made and was not oblivious to the fact that, as the owner of the movie rights, he stood to profit from a sale. Their final agreement provided Aglialoro with 15 years to get the movie into principal photography. At the time, Aglialoro thought this would be no problem.

After forming Atlas Film Productions, Aglialoro's first mission was to raise money to fund production. When a Private Placement offering failed to yield sufficient interest, Aglialoro began his long quest to attract a Hollywood studio to take up the project, a process which begins with a viable screenplay. 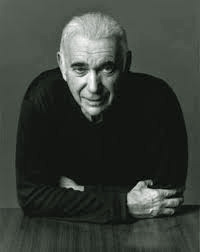 Al Ruddy
Screenplays were written by Benedict Fitzgerald (Moby-Dick, Wise Blood and later The Passion of the Christ) and then Cynthia Peikoff, Leonard's former wife, an author intimately familiar with Atlas Shrugged and its message. Both talented writers found that making a 3-hour movie out of Rand's 1100 page epic novel was an impossible task which led Aglialoro to consider adapting Atlas Shrugged into a TV mini-series. Working with Al Ruddy (The Godfather Trilogy) who was a movie producer Ayn Rand knew and respected, a deal was announced. The press release of October 27, 1999 stated: "Ayn Rand's Atlas Shrugged, one of the last unproduced epics of the 20th century, will be the subject of a Turner Network Television (TNT) Original movie."